The last Historic Royal Palaces location we visited was the Tower of London, where we spent a good 4 hours wandering around basking in the lovely buildings and history.

I used to work nearby, and reminiscing of the old days, thought I’d write about my time being a tourist here: 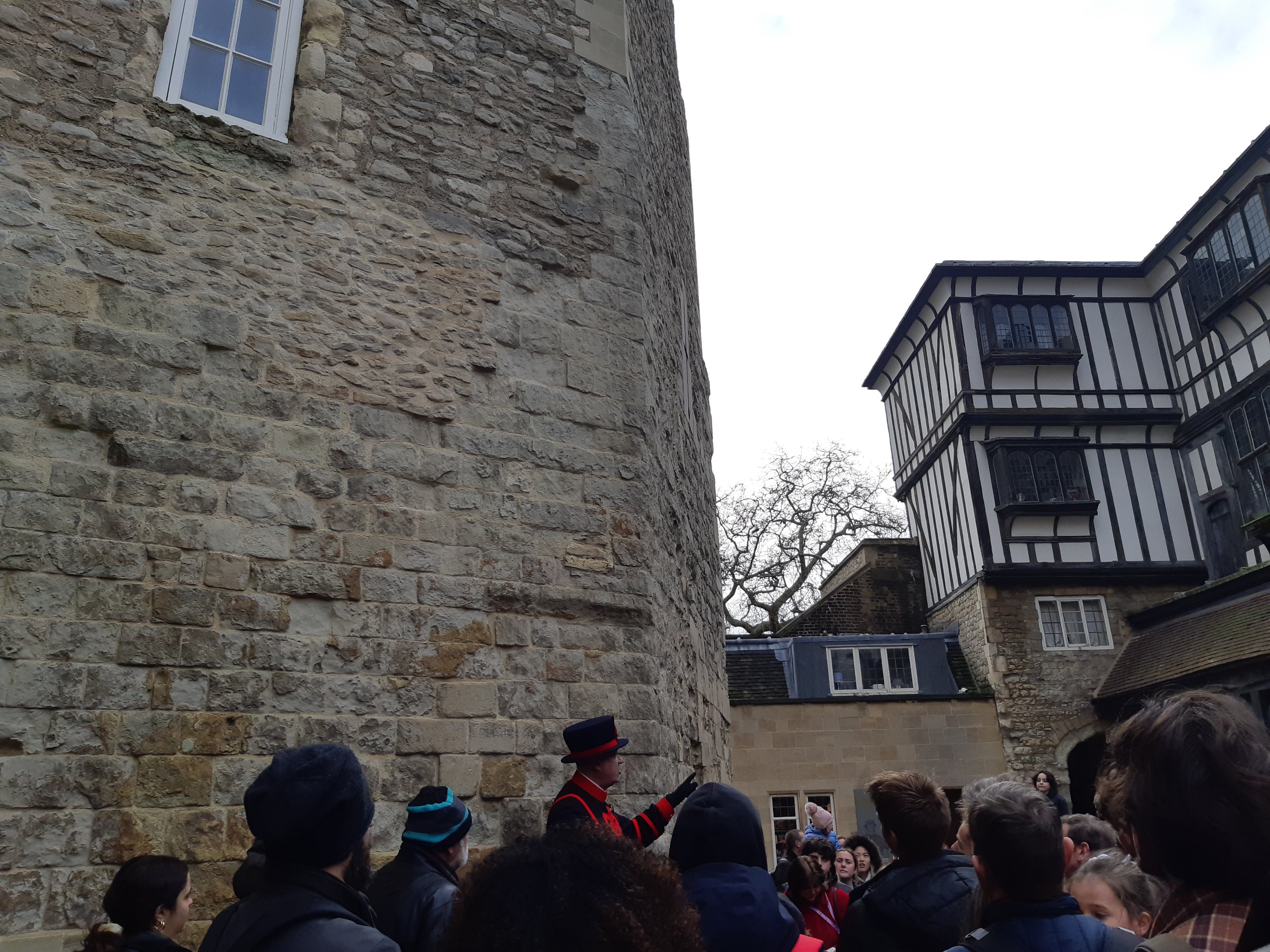 The tour started near the entrance of the castle and lasted approximately 45 minutes. It was really entertaining, a little gory at times, and filled with historic facts. Apparently more people have been to space than there are Yeoman Warders and I learnt that the Yeoman Warders had to serve the armed forces.

The Yeoman Warders live and work within the castle and even have a private pub called The Keys within the grounds. I remember when I used to work nearby I could sometimes see people walking their dogs inside the tower, these must have been non-uniformed Yeoman Warders.

The Duke of Monmouth, the eldest illegitimate son of King Charles II and nephew of the Catholic King James II, attempted to overthrow his uncle in the Monmouth rebellion.

The previous King Charles II apparently had 13 illegitimate children, so I’m not surprised King James II wanted to keep his throne. The Duke of Monmouth was imprisoned in the Bell Tower until his execution, which took the executioner 5 times to behead him – ouch.

We walked by St Thomas’s Tower, near Traitor’s Gate, which came by its name as numerous prisoners accused of treason entered the Tower through here.

Nicknamed such as the two young princes, believed to be murdered by their uncle Richard III for the throne, stayed in this tower.

After the tour we rushed over to see the crown jewels, as there was luckily no queue to enter. The exhibition leads you through many rooms and corridors and eventually you are led to view multiple crowns, orbs, and sceptres on a conveyor belt that speeds you along. Magnificent jewels, though I wish the conveyor belt moved a little slower.

Right in the middle of the castle ground, where the main royal family oftentimes lived on the top floors. There are 204 stairs, with one way up and one way down (essentially one route only), so not advisable to visit after leg day at the gym.

There were lots of armoury, and interestingly there were also details of previous exhibitions mixing fact and fantasy. The Line of Kings was an exhibition put together centuries ago, but the armour was not always accurately placed on the correct monarchs, either due to incorrect accounts or because exhibition organisers at the time didn’t know what attire that monarch actually wore at the time. This was a really well done armoury exhibit showing the swords and scabbards of many kings.

Inside the White Tower is also St Johns chapel, which William the Conqueror started to build but died before it finished. A place of private worship for many royals in the past, the stained glass windows here are rather beautiful.

Interestingly each room had descriptions stating how each English dynasty would use the room, be it for private living quarters or grand state rooms for court use.

Chapel Royal of St Peter ad Vincula
Built by King Henry VIII, many people who lived in the Tower were baptised, married or buried here. Every person publicly executed was also buried here, such as Sir Walter Raleigh who was executed by King James I due to a failed expedition in the Americas which resulted in unauthorised conflict with Spain.

This tower holds the world’s largest diamond, the Cullinan Diamond, which was made into 9 stones. Some of the stones cut from this diamond are incorporated in the crown jewels.

Here the rooms were used by King Henry III and his son Edward I from 1216 to 1307. There was a re-creation of Edward I’s bedchamber too. Part of the Medieval Palace is also the Wakefield Tower, which holds a safe that held keys to the crown jewels. In the 1800s, the deputy governor lived here too.

There is a chapel here, built by King Henry III. During the War of the Roses, King Henry VI died here when he was a prisoner. One side of the Roses state he died of sadness after hearing his son died in battle, whilst his supporters stated he was stabbed here.

On the anniversary of his death, every year representatives from Eton College and King’s College Cambridge lay flowers for King Henry VI, as he founded both institutions. 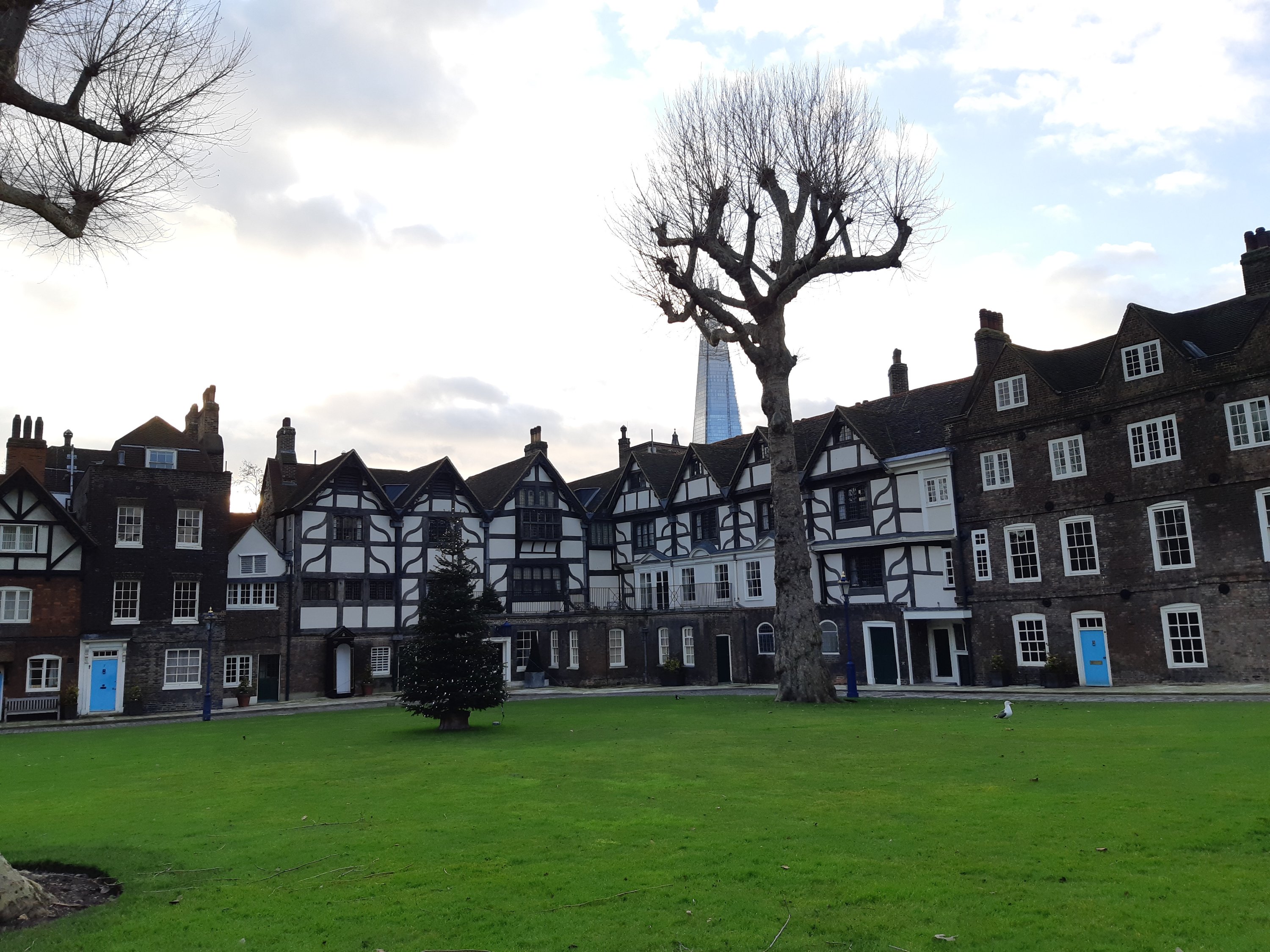 Not far from Tower Green is the Queen’s House, originally built by King Henry VIII for his second wife Anne Boleyn, yet ironically she stayed here before her execution. The Queen’s House we see today was rebuilt after Boleyn’s execution.

Lady Jane Grey, who ruled for only 9 days, was imprisoned here before her execution too. Guy Fawkes was also questioned in the Queen’s House for his role in trying to blow up parliament.

Seymour’s mother Lady Katherine Grey was a cousin to the previous monarch Queen Elizabeth I, meaning his aunt Lady Jane Grey, was executed at the Tower. All a little too incestuous with this family tree, but King James I was having none of it and imprisoned Lady Arbella Stuart for this marriage connection.

The story goes that John Flamsteed complained about the ravens as they were getting in the way of astronomy viewing so King Charles II was going to remove the ravens, until he found a saying that if 6 ravens ever left the tower then bad luck would fall. There are apparently 7 in the Tower now, an extra one for good luck. 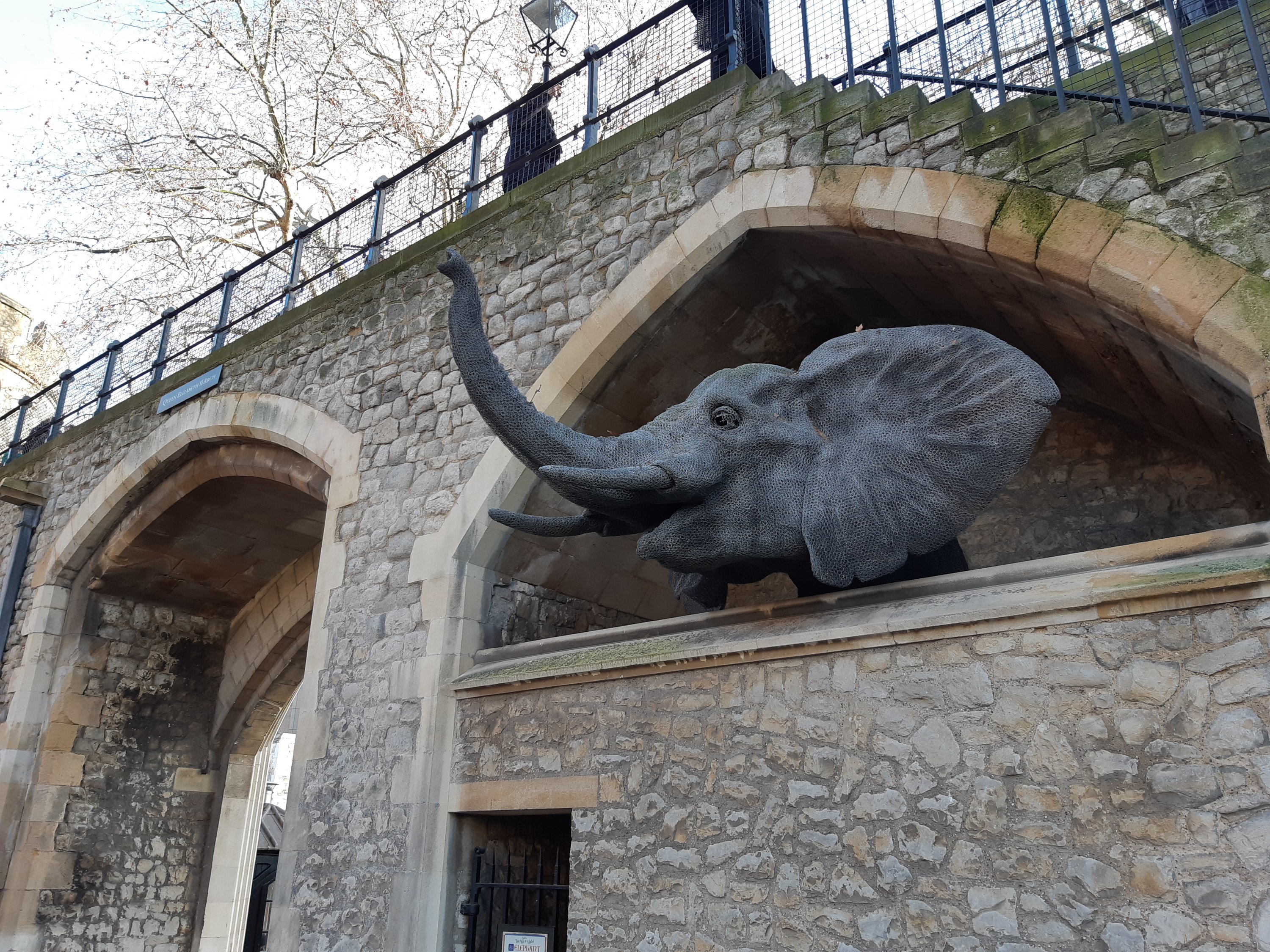 Animals were gifted to English monarchs by other sovereigns and kept in the Tower for 600 yrs. Lions were royal beasts from 1210, and there were elephants, polar bears, and monkeys. Since 1832, the animals that remained were relocated to London Zoo.

There were lots of other things that we didn’t manage to see, such as The Tower’s Mint and the Fusillier Museum. There was certainly a lot to see at the Tower, quite a lot of it is very salacious, with only a little history, but definitely worth a visit to soak in the culture and quite child friendly. Not as disabled friendly as one would expect, but the steps have mostly been renovated to be safe and sturdy to walk on.

Quite a lot is outside and it may be a little windy walking along the Battlements, but all in all, an interesting day out. I learnt a lot walking around the different towers and the Yeoman Tour was really good.