Wanting a little sunshine now that Autumn is upon us and I'm reminded of our lovely visit to National Trust manor house Polesden Lacey during the heatwave in the summer. I remember visiting this lovely manor house because I recall that we were unable to visit the top floor, as someone fainted due to the [...]

A delayed Part 2 post of our Stirling holiday, which was months ago. Part 1 summarises the historic importance of the city, whilst Part 2 focuses on some touristy places with some amazing views. Stirling Castle The main event: as mentioned in Part 1, a tour guide in Skye last year raved about Stirling and [...] 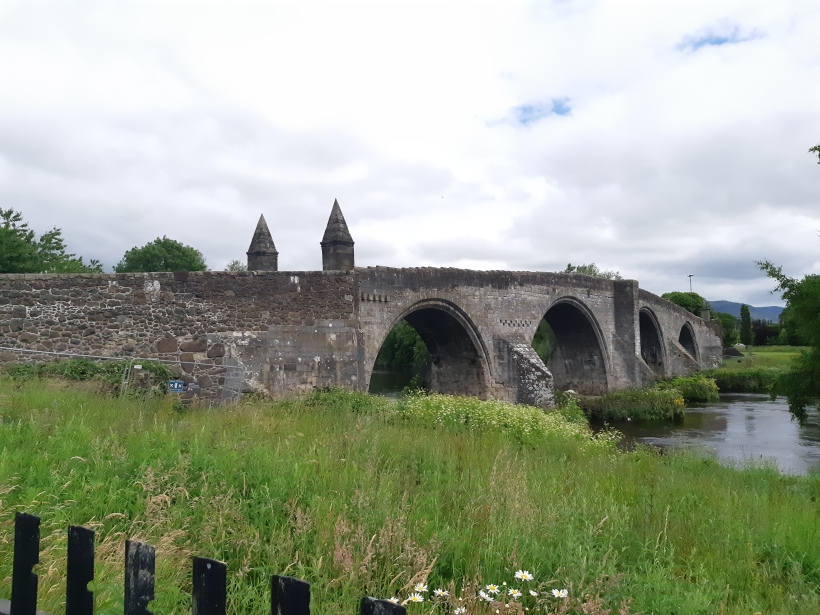 In the summer we visited Stirling up in Scotland and learnt a lot about the culture and history of the beautiful city. When we did a tour of the Isle of Skye, the tour guide highly recommended visiting Stirling Castle as it was his favourite Scottish castle. So we did, and made it a trip [...]

This time last year we went to see the musical Everybody's Talking About Jamie at the Apollo Theatre. Based on a true story, there's a documentary film following a 16 year old schoolboy Jamie as he overcomes bullying and prejudice to become a drag queen. And there is a film out too. I haven't seen [...]

Recently we visited Stirling up in Scotland and of course we had to have afternoon tea. We visited the Orangery at the Victoria Square Hotel, which was not too far from Stirling town centre. Atmosphere It was a warm and sunny day when we visited and the light streaming into the room gave it a [...]

Not too long ago we visited Byron's ancestral home, Newstead Abbey. It was built by King Henry II, apparently in penance for killing Thomas Becket. Later, King Henry VIII dissolved the monasteries and presented Newstead Abbey to Sir John Byron. Lord Byron's mother was a descendent of King James I. His father, on the other [...]

Neil Gaiman's heart-wrenching book, The Ocean at the End of the Lane, has been adapted into a devastatingly emotional and beautiful play of the same name. The National Theatre's production was shown at the Duke of York's Theatre in London and has just finished its run; but it will go on tour in winter later [...]