We noticed a a couple of months ago that our dog’s gums bleed when we brush his teeth. Took him to the vets, and bam, he needed an operation.

In the end he had four teeth taken out, they were pretty rotten I suppose. When we picked him up I was shocked, he had blood all over his face. Turns out rubbing his face on anything and everything is how he dealt with the pain, poor boy.

Here’s him still drugged up after the procedure, completely out of it.

One of his canines was taken out, and left quite a gap. It has since healed up a bit, the hole is not so cavernous now, and the puss has gone. 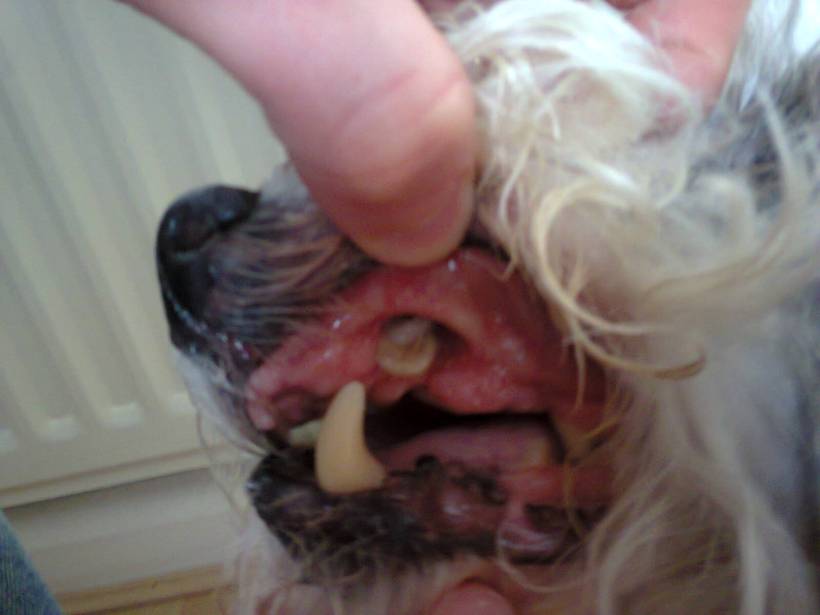 And this is how he looks now. The lower canine tooth always sticks out, I suppose this is the only way for him to close his mouth. 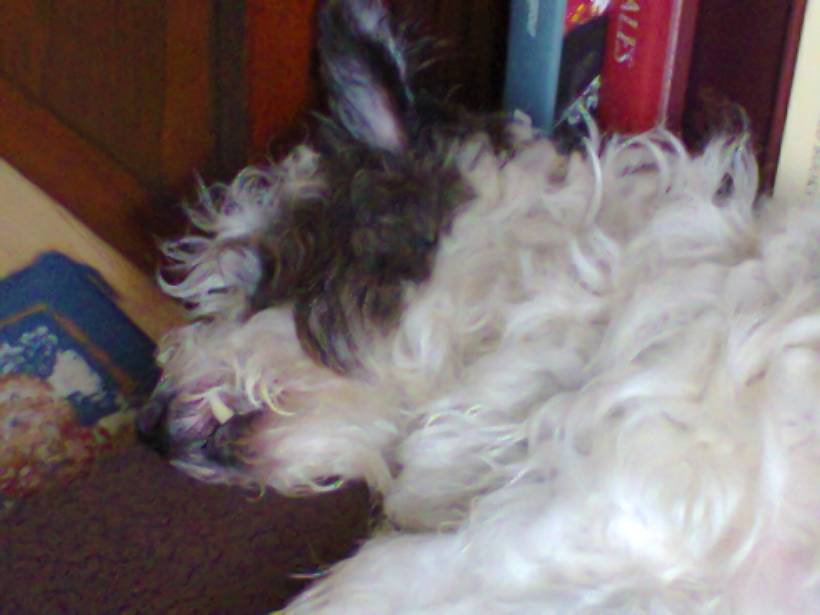 After he recovered from the procedure his breath is now totally fine, you can breathe pretty comfortably through your nose when you’re near his mouth!

Merlin has completely brightened up, he’s more relaxed and affectionate than before. All because he had terrible teeth that was causing him pain.

He still doesn’t like having his teeth brushed though, but you can’t win them all.