Open House London takes place one weekend every year where you can visit beautiful buildings and participate in walking tours to see magnificent parts of London you wouldn’t usually see. Of course, there are some places included where you can visit usually, but it’s a good chance to find out about the not so well known museums in London.

This Open House location requires booking. Not open to the public, and used for only part of the year, this small chapel is close to St James’ Palace. Photos are not allowed either. Designed by architect Inigo Jones, who also designed the Banqueting House in Whitehall, it was built for Charles I to marry the Spanish Infanta but he ended up marrying the French Henrietta Maria instead.

During the Civil War it was used as army barracks. Mary of Modena, James II’s second wife, used the chapel and we saw her coffin-plate on a wall near the entrance. William and Mary also used the chapel for worship. A small peaceful chapel with some helpful volunteers dotted around.

Nearby we popped over to The Royal Society, where we were provided stickers and a free Royal Society tote bag. This location did not require booking and guided tours are available, but we went around ourselves with a pretty well made map. Officially founded in 1660, the Royal Society promotes science and its benefits, and members and fellows are elected each year. Some recognisable members or presidents were Sir Christopher Wren, Sir Isaac Newton, Charles Darwin, Stephen Hawking, and Brian Cox.

As soon as you walk inside, the Marble Hall is spectacular. As you walk up the President’s pearl staircase you can see the names of the previous and current presidents and the terms they served. Apparently there is a three bedroom apartment at the top of this building for the current president to reside, which of course was not part of the tour.

There are a couple of library rooms on the first floor that have magnificently tall and decorated ceilings with custom made book shelves holding old Royal Society books. These large rooms were previously used for grand receptions and parties. 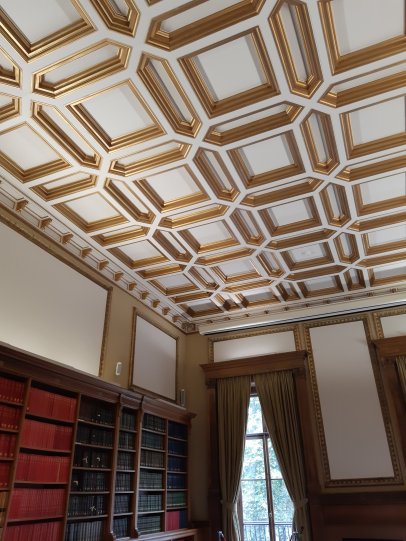 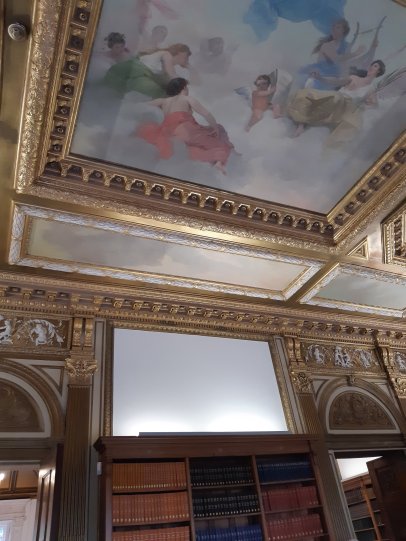 The Royal Society moved a few times before settling here, there is a painting of the previous location of Burlington House on the main staircase. On the lower mezzanine there is a stained glass window showing the crest of the Society, commemorating the Tercentenary in 1960. And in the main reception there is a painting of Charles II with the mace he gifted to the Society. The self-guided tour took about 30-40 minutes, we didn’t look or read everything in detail, but it was good to soak in the atmosphere of such a long-standing institution. 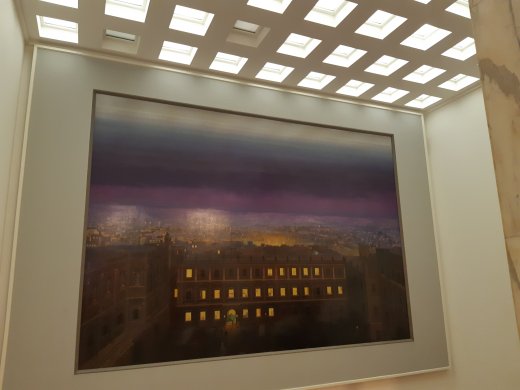 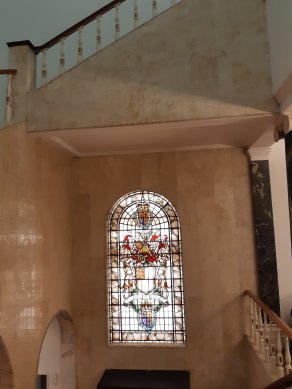 A lovely way to spend the morning (before the rain). Definitely worthwhile to take a look next year, and maybe a little earlier to apply for any balloted locations.